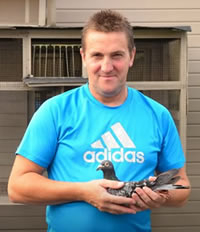 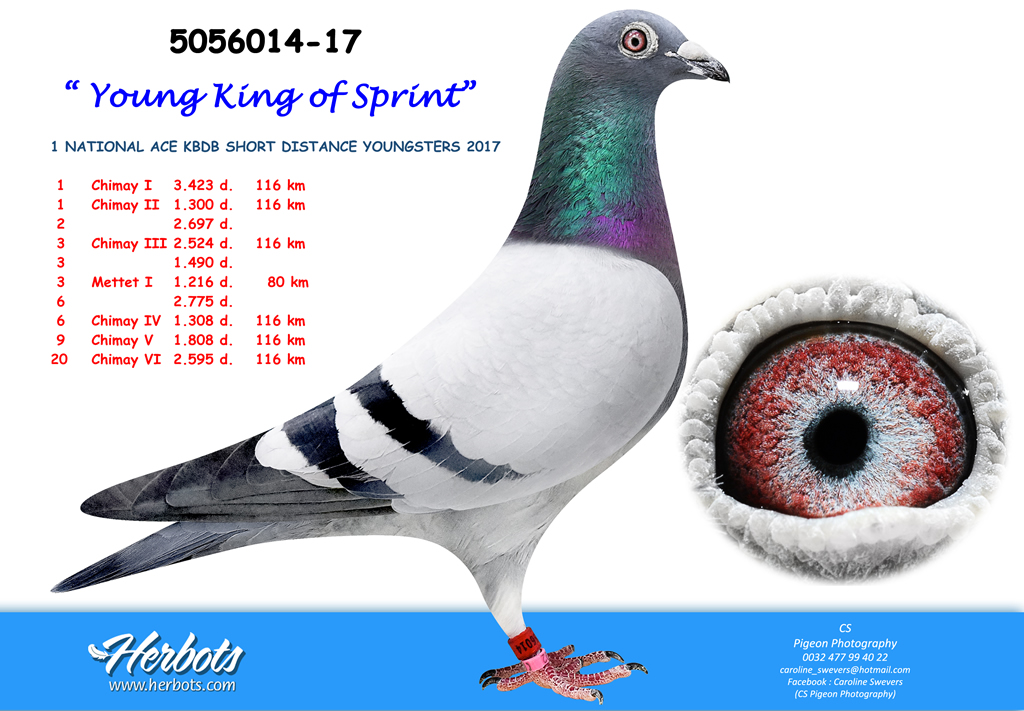 Mark Janssens outside his loft

Young Birds System
Mark normally only races young cocks but this year he intends to do things differently. He only breeds about 40 youngsters for his race team and all being of the same age. As soon as the cocks start pairing up he then separates them until the middle of April. He will then pair these young cocks to old hens but only leave them together for about 10 days and then put them on widowhood. They will race like this until August and then they are repaired to the old hens and race them to various nesting conditions. The young cocks tend to go off form after 3 months on widowhood so this is why he repairs them to revive their motivation. Young King of Sprint won his last top race whilst feeding a small youngster.
Also the youngsters are not darkened so by repairing them in August this will delay the moult ensuring a good wing for the later races.
This season he will also try a small number of young hens paired to young cocks and raced to the nest.
Do all the young cocks have a hen at that young age?
This differs for year to year because not all cocks will become sexually mature at the same time so some will just race to their nest box. These cocks will become territorial and defend their nest box with great vigilance. Later on when Mark thinks they are ready he will give them a hen which will increase their motivation to race home at great speed.
Do you train the young birds a lot before their first race?
They are given 8 or 9 training tosses before the first race and then just once a week or sometimes they will have a short mid-week race instead of training. They are only trained from about 30km but if Mark has time he will give the 2 or 3 tosses from this distance. When they are training they don’t always have the hen waiting for them when they arrive home. If he does show the hens then they are only allowed a very short time with them before they are removed. He will only show them the hens from training if they have had a bad race the previous Saturday to give them confidence.
They are exercised twice per day for one hour each time, in the morning before he goes to work and again in the evening when he gets home from work. The only time they are not exercised around the loft is when they are taken training.

Motivation on Widowhood
Mark used to only show the hens for half an hour but these days they have their hens for one and a half hours before basketing. If it has been a hard race then the hens remain with them until next day. 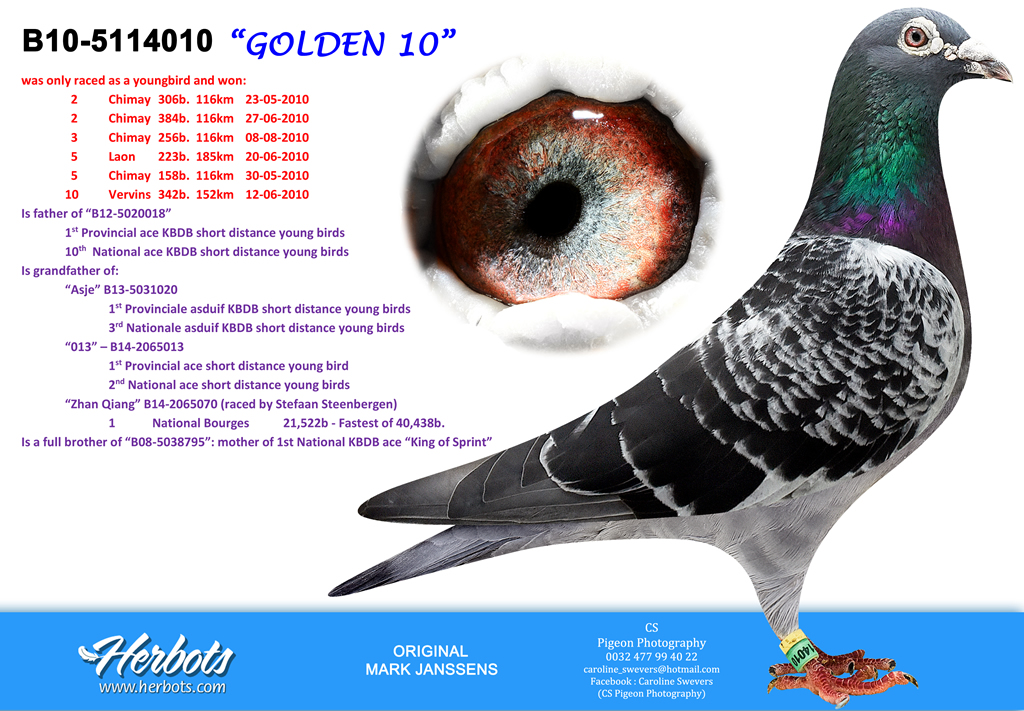 General Care & Management.
The young pigeons get the breeding mixture from Paloma until the middle of April. Then he switches onto Beyers Light which he will use for the rest of the racing season. Only when Mark calls them in he gives them peanuts. They get multivitamins once per week and when they arrive home from a race there is electrolytes in the water.
As for medical care they are treated for canker with Tricho Green after they have been weaned over for 10 days, this is only for 3 days. They are done again at the end of May.
They are also treated twice per year for respiratory infections.
And that it just top quality fast pigeons.